Misogynoir is a term coined by queer Black feminist Moya Bailey that highlights the unique intersection of Black Women within our society. In Toronto we rarely see investments into Black female hip hop artists or the elevation of Black women creating black art in comparison to their nonblack female and male counterparts. This is due to racism and misogyny combining to create a society that shames, suppresses, and minimizes the indispensable contribution of Black women within creative spaces and the genre of hip hop. This exhibit changes this narrative by celebrating trendsetting women MCs and their influence on popular culture in Toronto and by acknowledging the unique place female rap is in our city. With the steady rise of women in hip hop’s success over the last few decades south of the border there is a unique opportunity for local women artists to make historic strides in the genre of hip hop with proper support and investment. This exhibit features portrait acrylic and oil paintings, charcoal and marker drawings and mixed media as a conduit to highlight the connection of women in hip hop to our communities and the barrier breaking fete of self expression of Black women in a society ridden with patriarchy and anti-blackness.

As the Curator of this exhibit and a Black “Female” hip hop artist inspired by the unique stories of resilience and the creative prowess of the Black “Female” MC; each piece was selected recognizing the individual yet communal experiences Black women share, such as young New York native Leikeli47, a rapper who wears a mask to cover her face as a statement against gender norms, championing atypical beauty standards within the hip hop space and symbolising the social construction of race. Leikeli47 wears the mask with the goal of “keeping the focus on her music” while also highlighting the longing for blackness to be seen as another fold of our common humanity, instead of the negative tropes attributed to dark skin. Or Lauryn Hill, hailed as one of the greatest rappers of all time, emphasising the need for Black women to master economic power with the end goal of eliminating the reliance on white power structures through ownership and nonconformity. In Toronto’s hip hop scene this can often be challenging for women artists who are usually hypersexualized and not taken seriously or hyper masculinized and labelled as not feminine enough to succeed with little room for nuance, balance, and individuality. In addition to this many Black artist often experience colourism which is discrimination relative to skin shade and black features.

Shashann Miguel-Tash (Indiigo Cocoa) a Black local arts educator and visual artist with works featured in this exhibit also described Lisa “Left Eye” Lopes of the Grammy Award-winning group TLC as a rapper who molded and shaped Shashann through her outspoken lyricism and boldness both as an artist and a woman. The selected pieces were all created by Gen Z AND Millennial Artists from Toronto, Canada who identify as Black women and women allies influenced by hip hop culture. The intention of this exhibit is to celebrate black women who have influenced the hip hop culture we enjoy while also reflecting and acknowledging the need to carve out paths and create platforms for women in hip hop from Toronto to thrive. 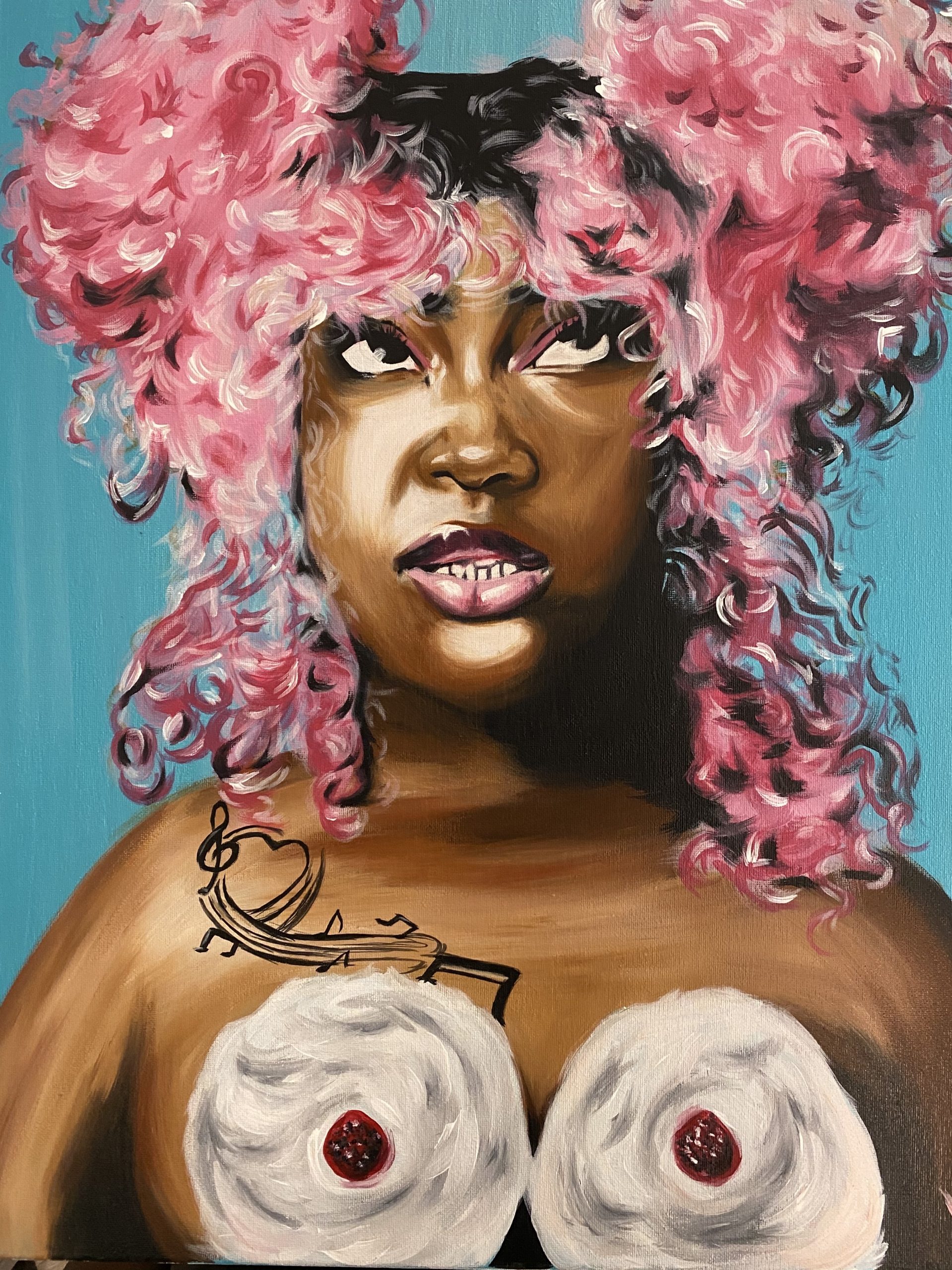 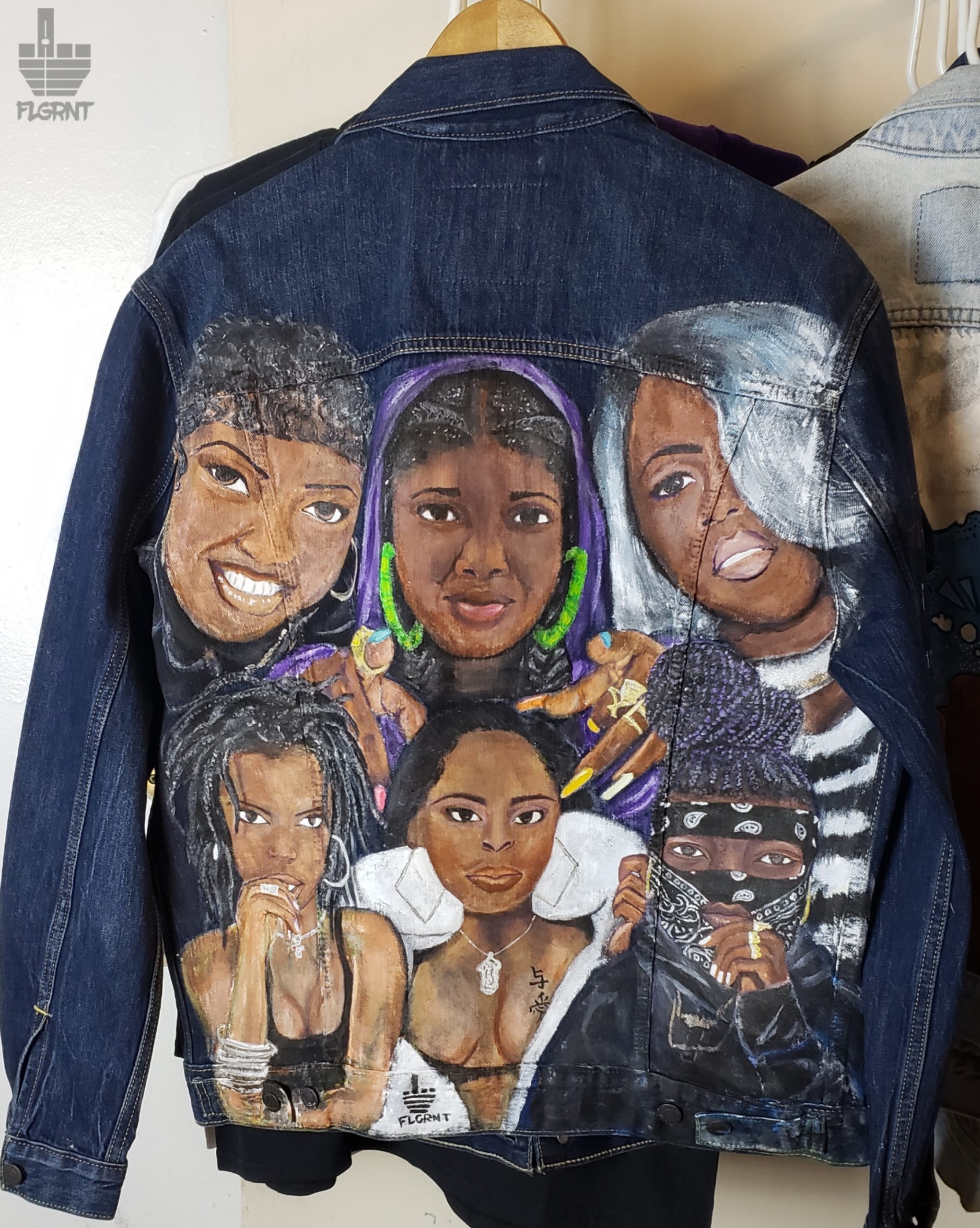 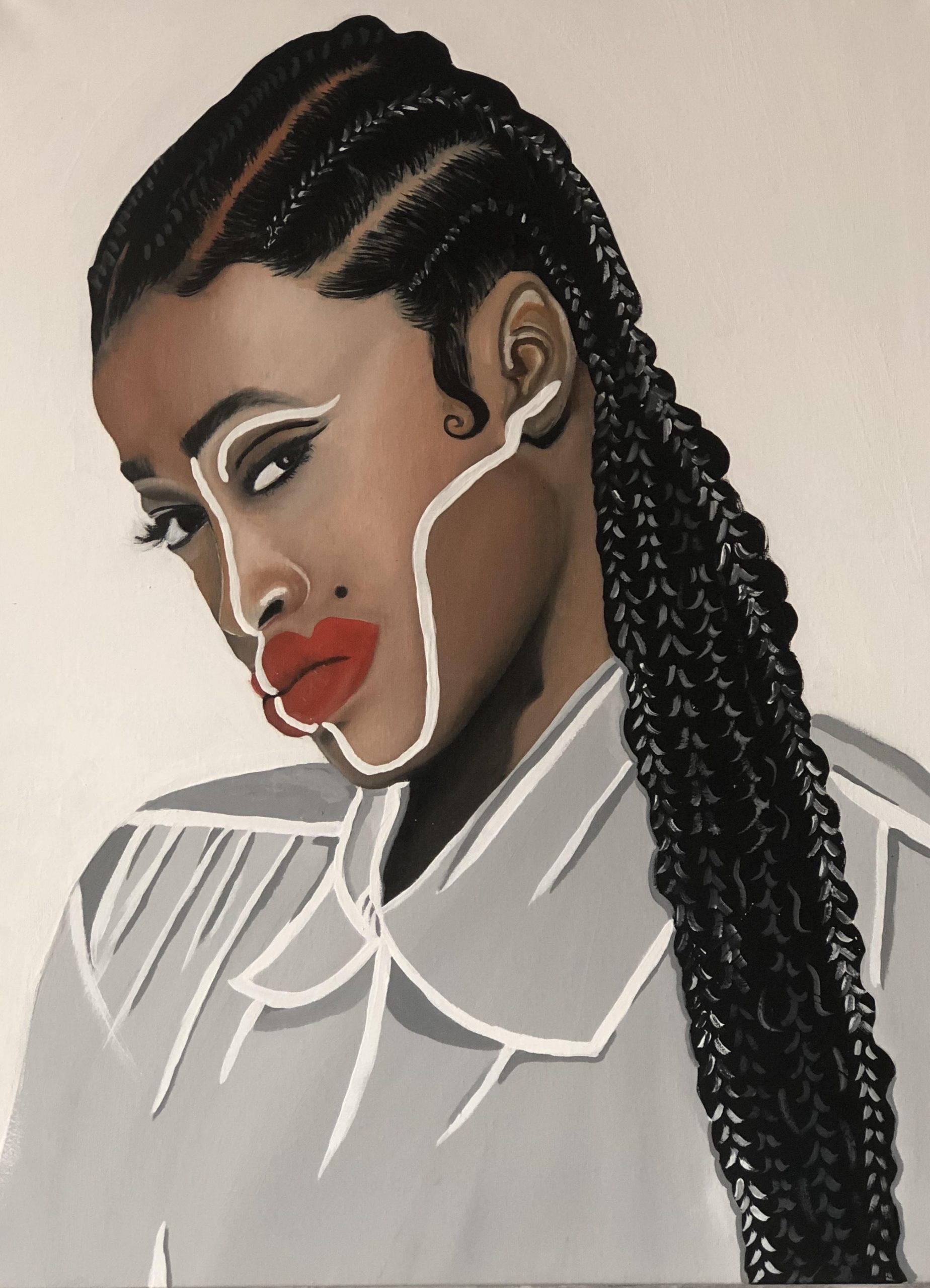 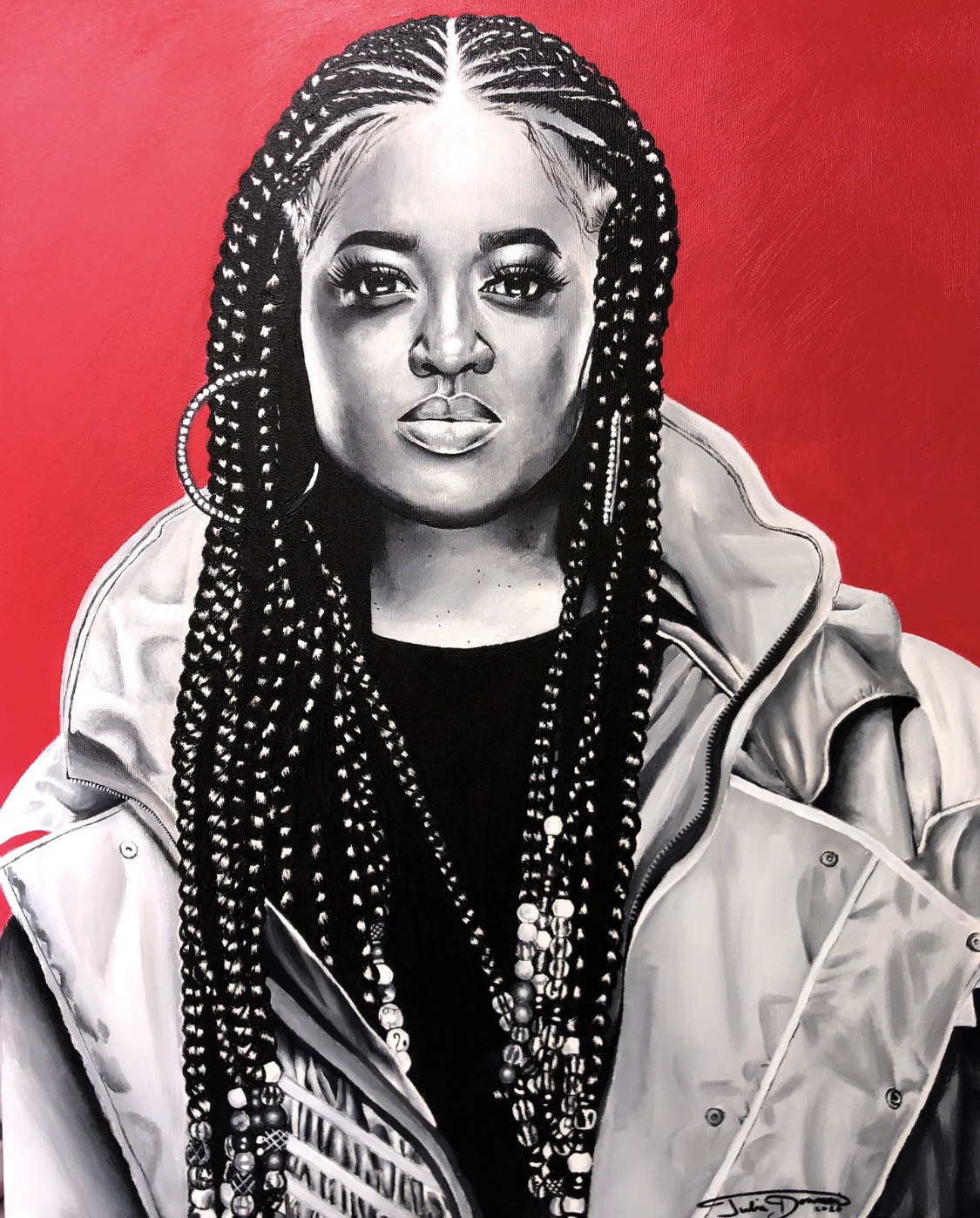 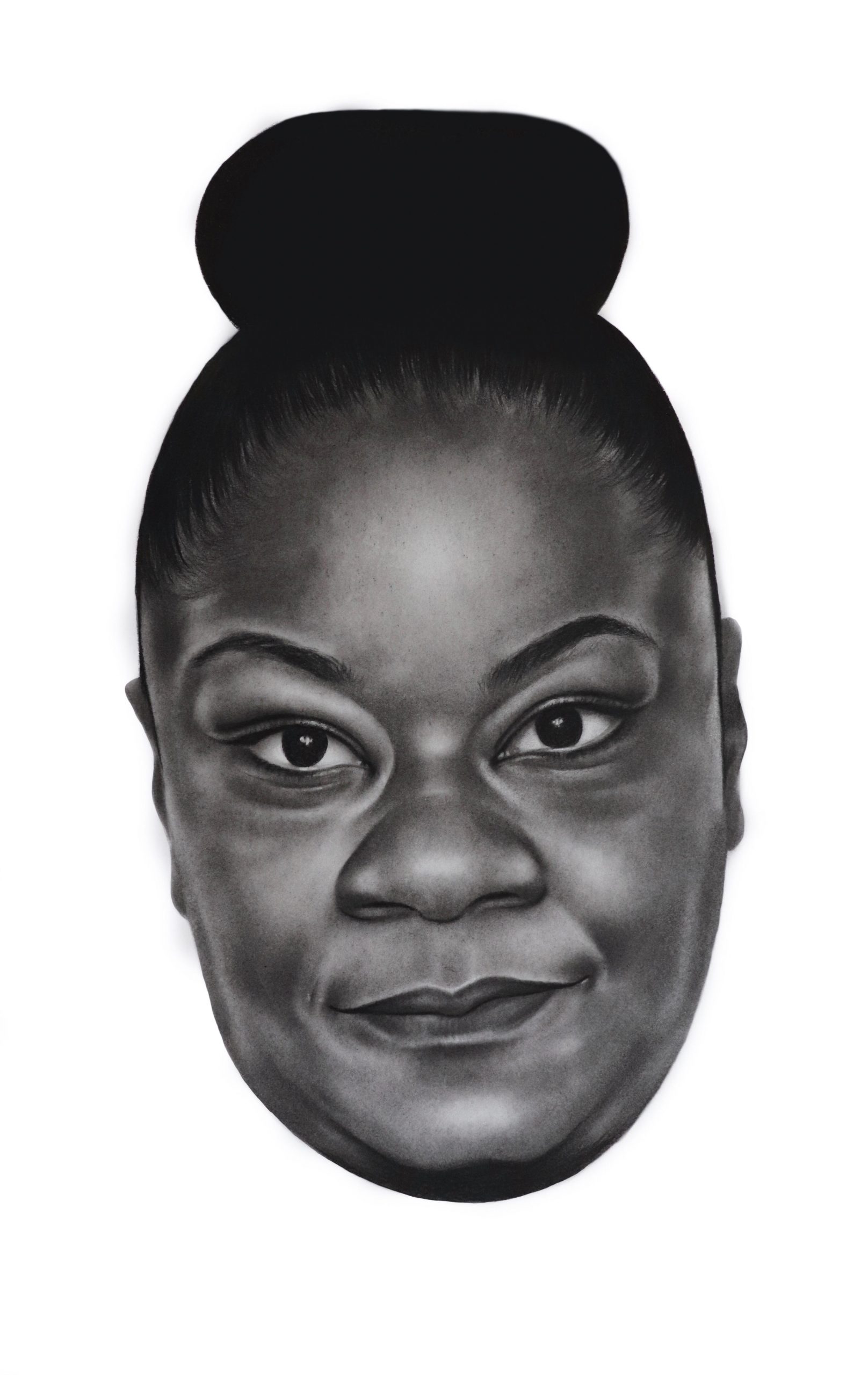 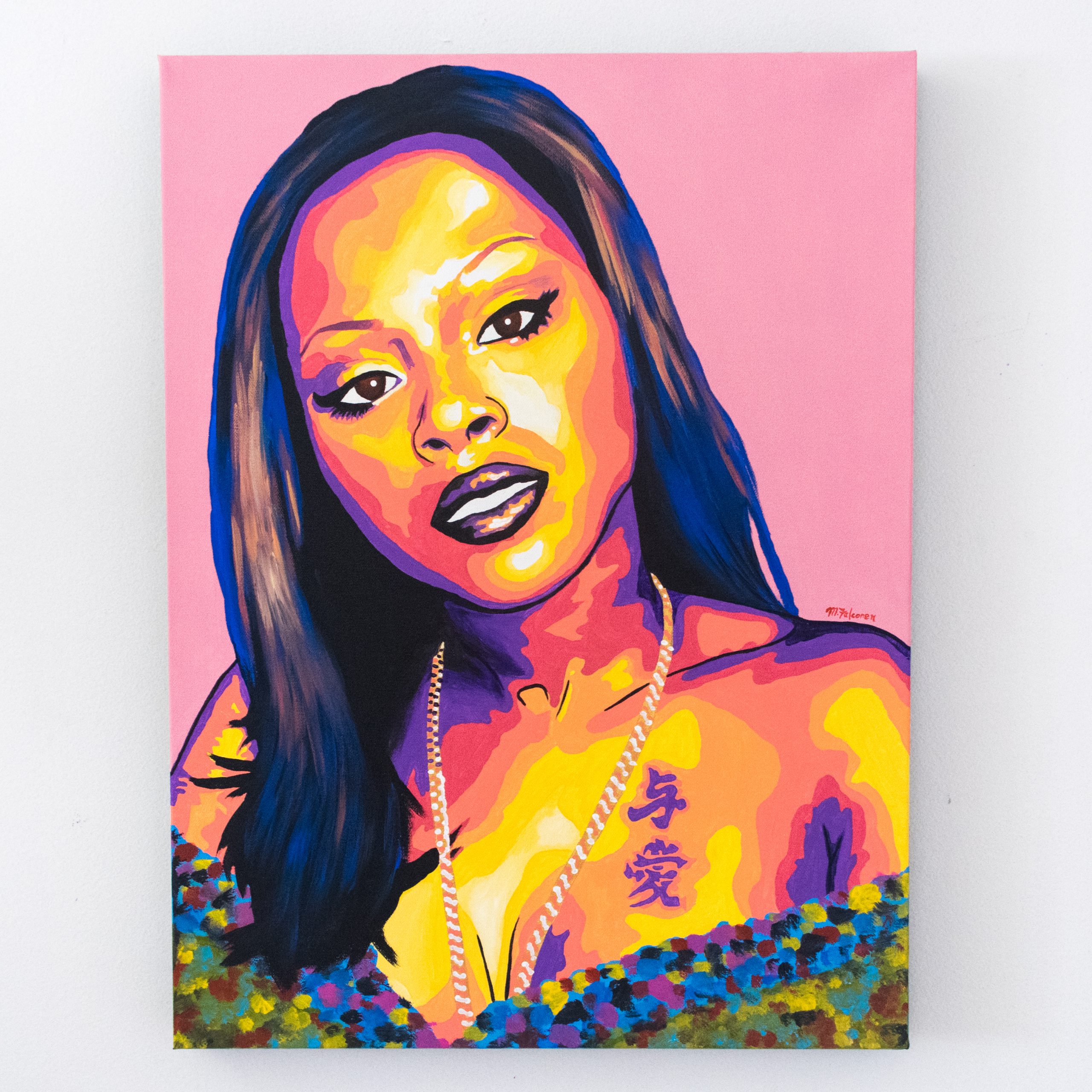 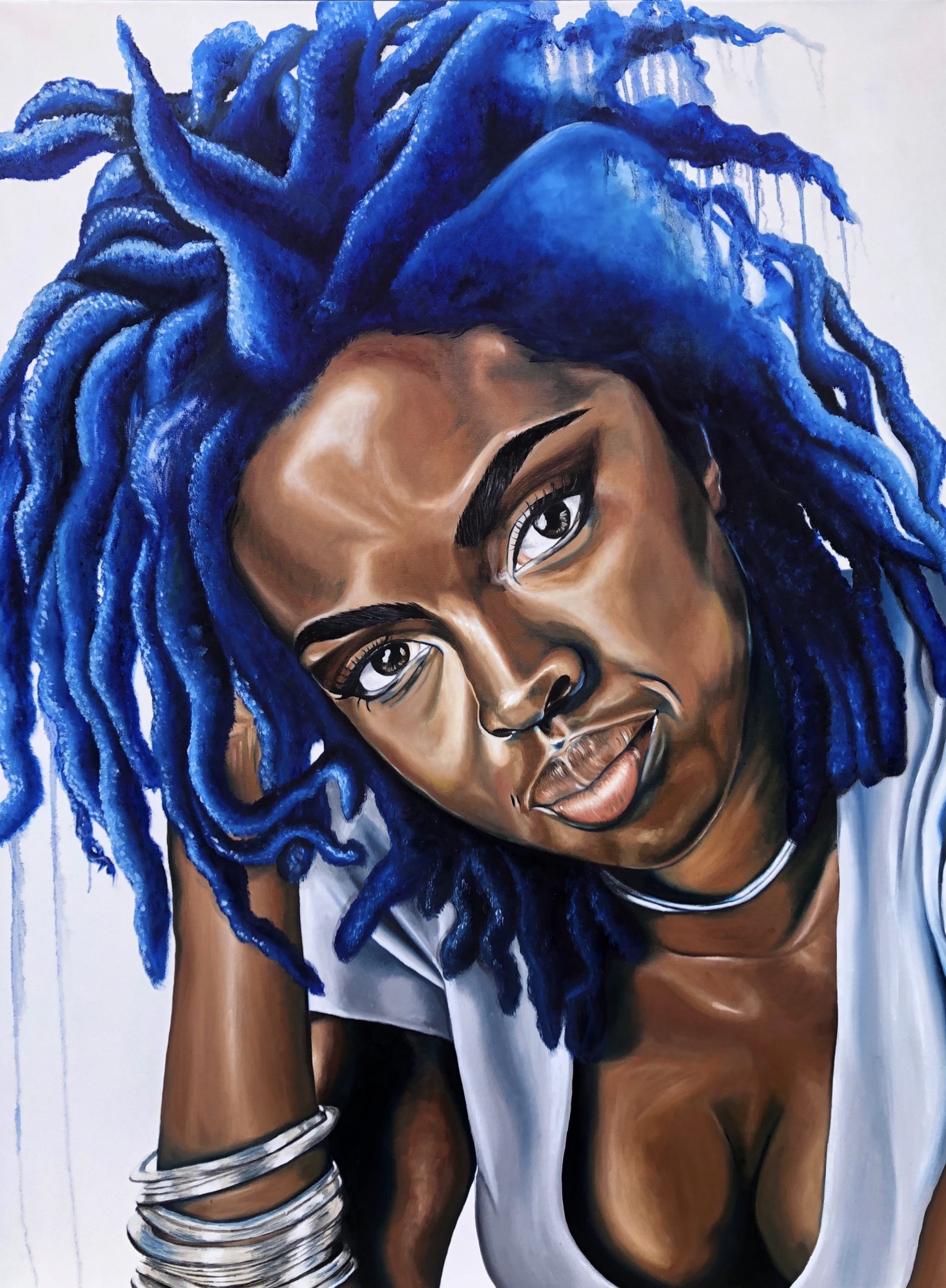 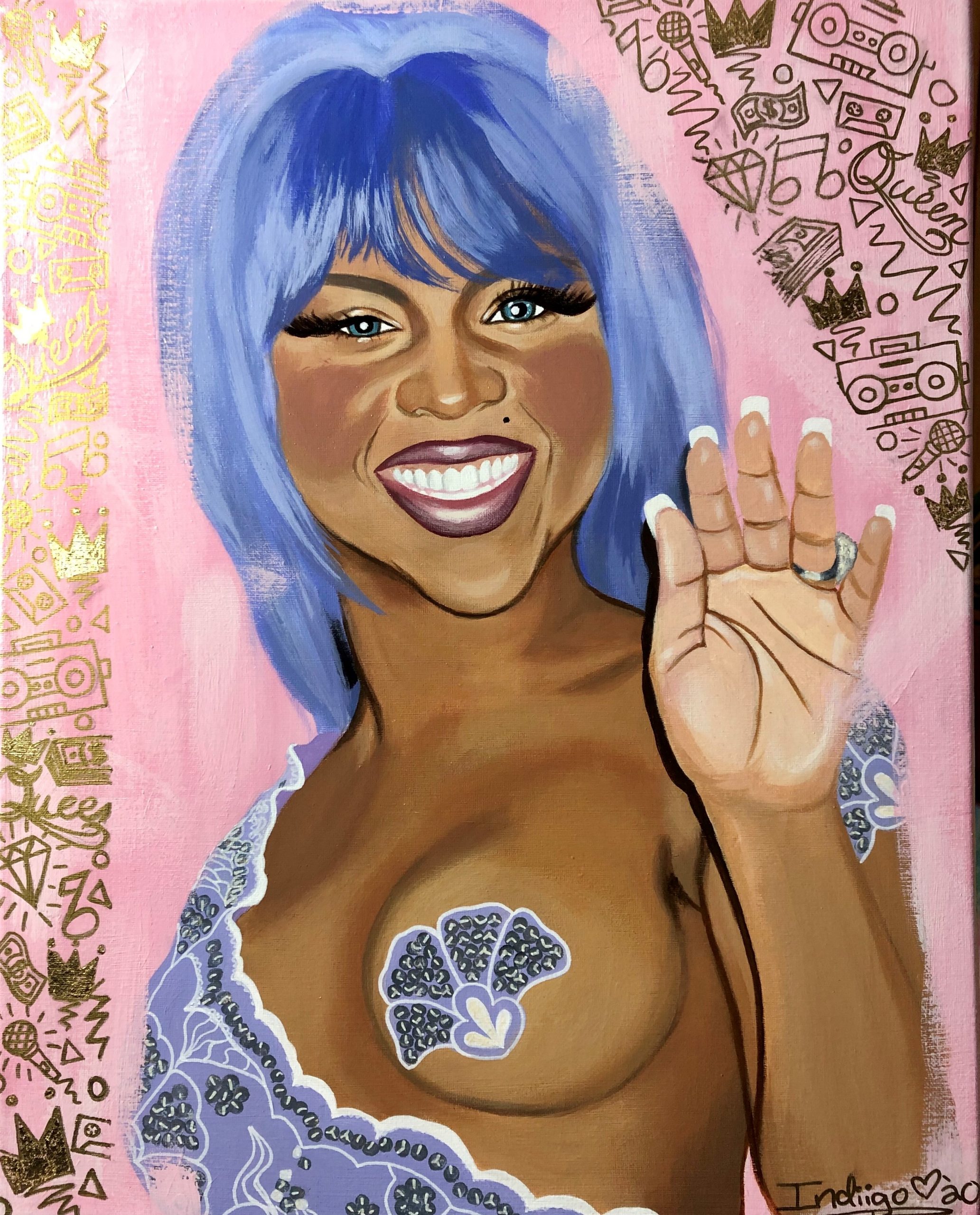 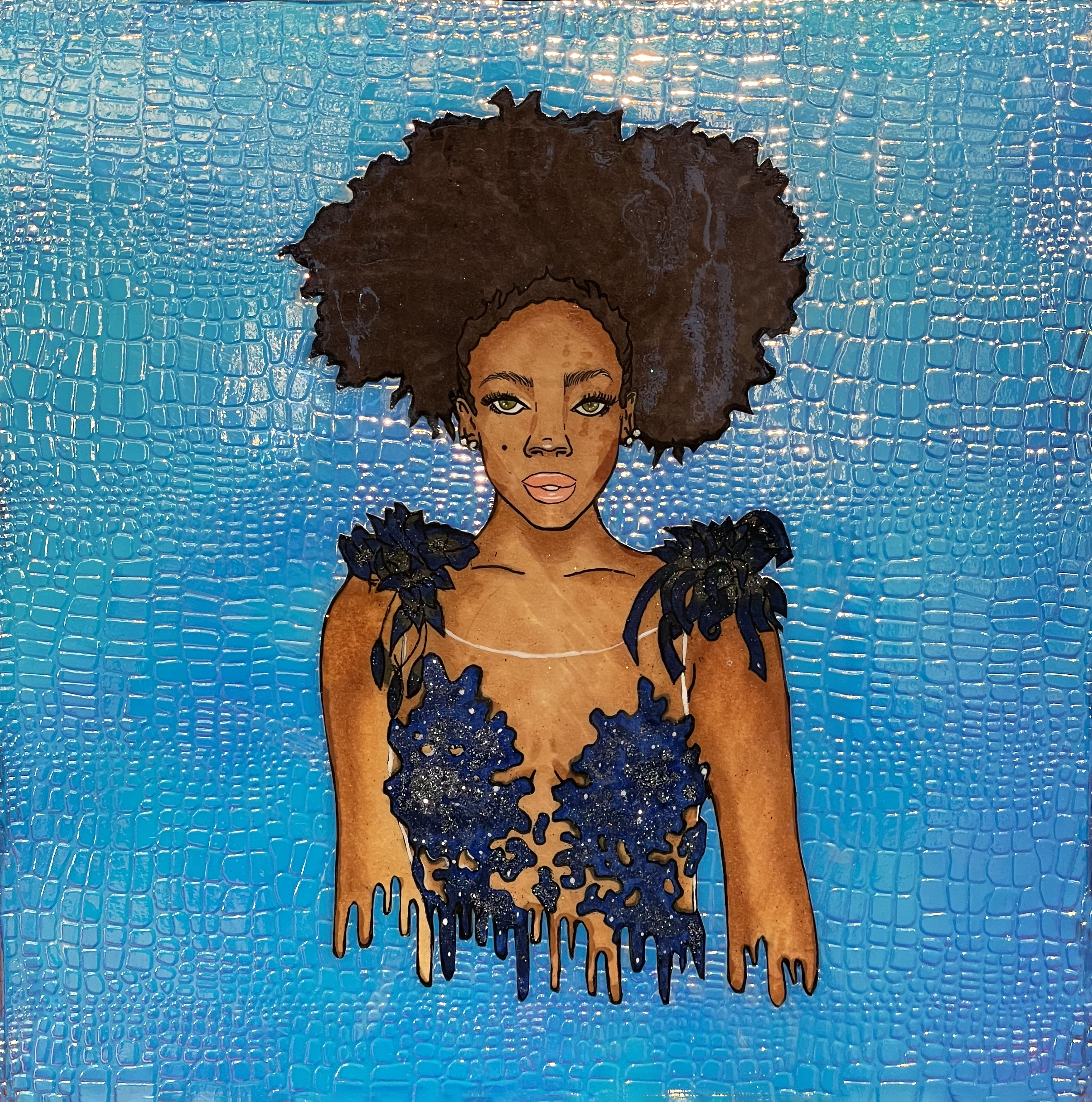 Curator Bio:
Brittany “Exmiranda” Manu is a Rapper, Curator and Advocate for Diversity Inclusion and Equity and the Founder of Ear Appeal an artist collective that focuses on reforming harmful social norms and ideologies through authentic storytelling and advocacy using the medium of sound, music and complimentary artistic expressions; Exmiranda has been featured on in Spotify Billboard Campaigns, has over a million streams and is steadily growing a viral tik tok presence. Exmiranda was declared by ET Canada one of the Top “Black Creatives to watch in 2021. 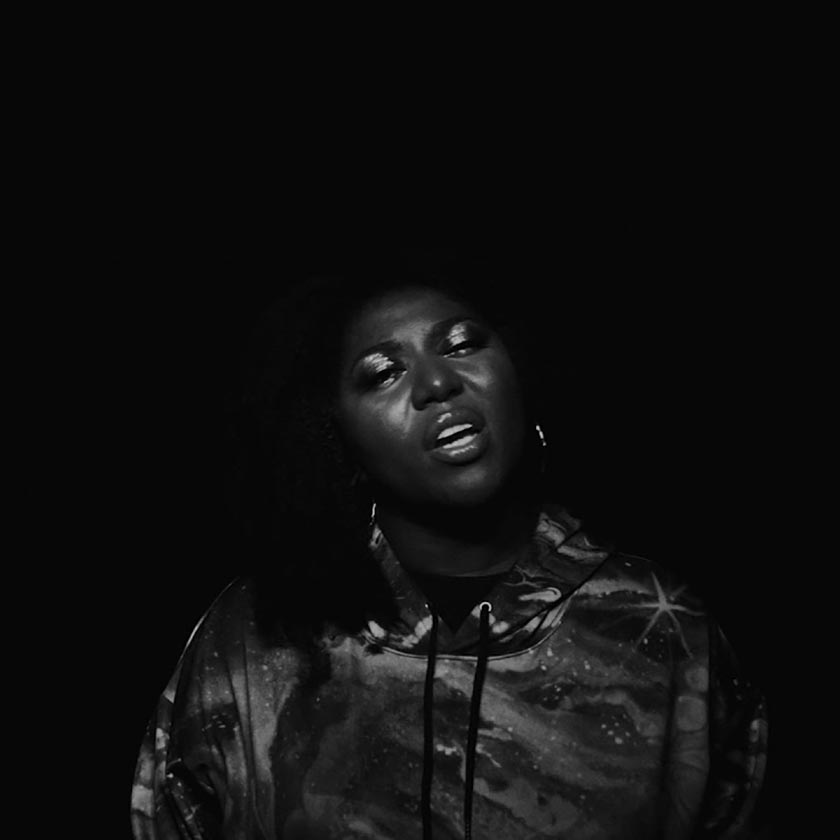 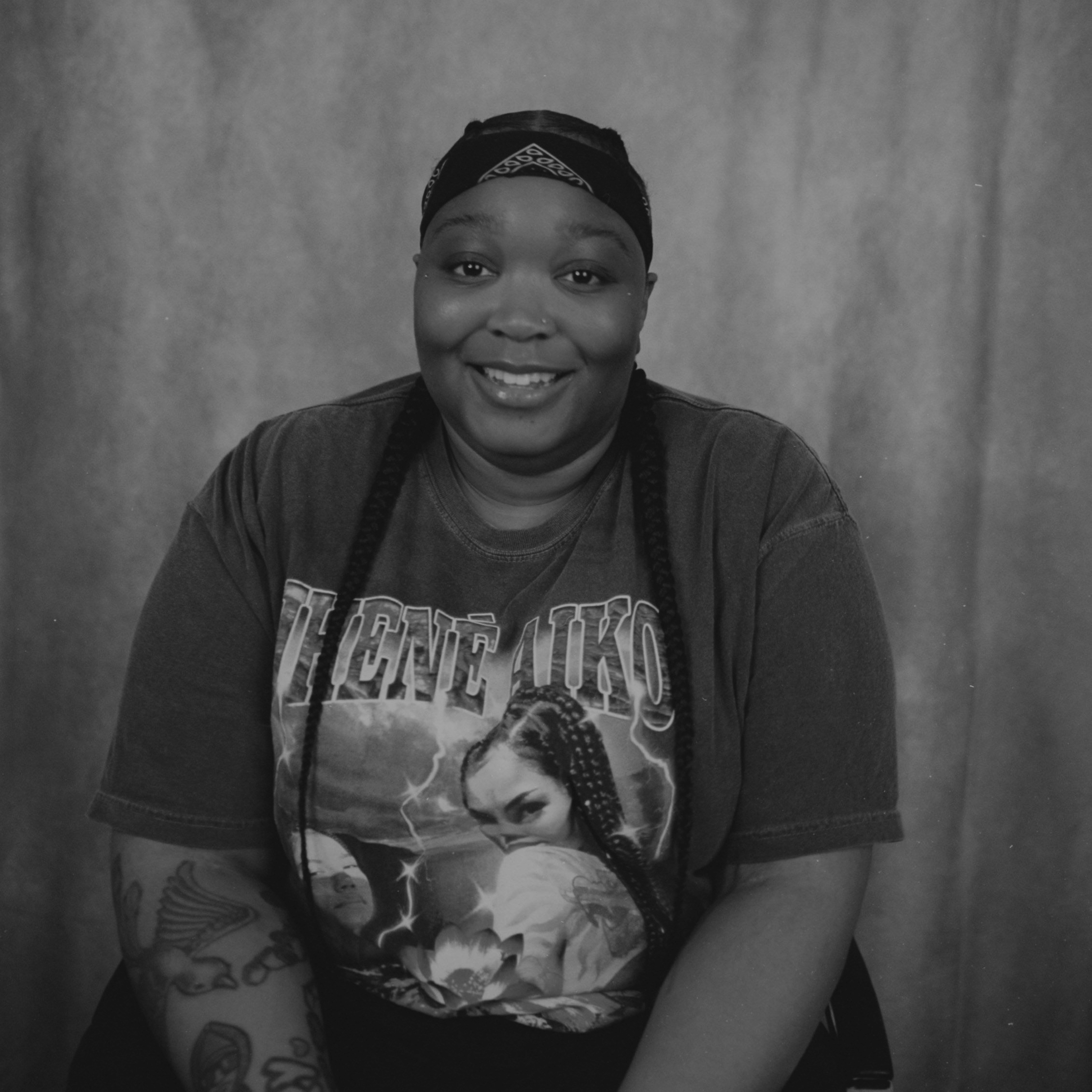