If you pass Nathan Phillips Square and City Hall you may not know that it was home to a large portion of Toronto’s first Chinatown. Laundries and restaurants lined the streets of a community called “The Ward“. Chinatown stretched between Spadina Ave. and Terauley St. (now Bay St.) with its main artery being Elizabeth St. (from Dundas St. to Queen St.).

During their early history, Toronto’s Chinese community faced many barriers. As the community grew, so did the prejudice. One early example of this was the head tax on Chinese citizens to discourage immigration. Another example was when the “Laundry Association of Toronto”, a group of white business owners, lobbied the city to charge an exorbitant licensing fee of $50 to Chinese laundromats, which was approved. The fee would be reduced thanks to the efforts of African-Canadian Alderman William Hubbard.

In 1908 the city solicitor used his power to put a policy in place refusing operating licenses to Chinese restaurants employing white women. In 1914 the province passed a law that forbade Chinese businesses from hiring white women. According to her book, The Chinese in Toronto from 1878 Historian Arlene Chan explained the attitudes toward Chinese men specifically were based off the fear that “Chinese were an amoral and evil influence on innocent girls and women”.

On Canada Day of 1923 the Chinese Exclusion Act was implemented. A celebratory time for many Canadians became “humiliation day” for Chinese Canadians. The Act banned most Chinese immigration, and forced Chinese Canadians to get I.D. cards. The Act would come end in 1947. That same year Chinese Canadians got the right to vote, and locally, redevelopment efforts for “The Ward” took hold with the city getting funding to build a new City Hall and Civic Square.

By 1953, two thirds of Chinatown was expropriated, displacing residents and businesses. When City Hall opened in 1965, there was another proposal for further expropriation. However, local activist Jean Lumb formed a “Save Chinatown” committee to preserve the little that was left, and would succeed. While some of the old Chinatown survived, most of Chinatown itself would relocate to Spadina Avenue.

The Chinese in Toronto from 1878: From Outside to Inside The Circle
By Arlene Chan
248 pages. Dundurn Press, 2011. 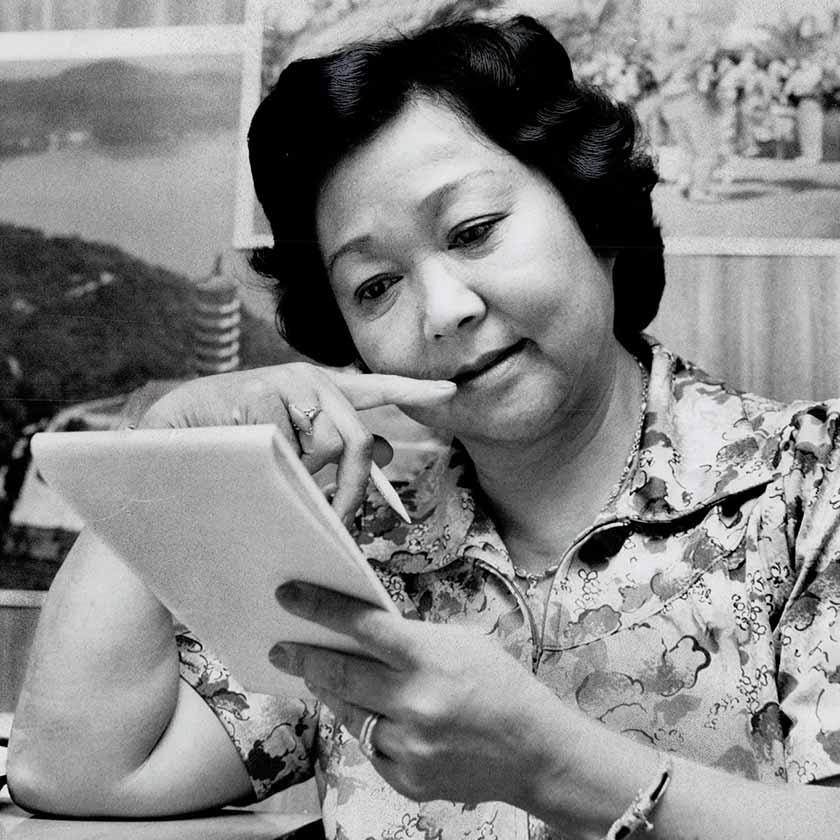