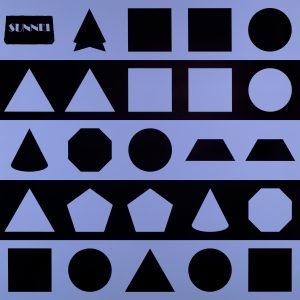 An exact reproduction of a painting from a series conceived and produced during the rapid-eye movement dream state of the artist. While the purpose of dreams are not completely understood, psychoanalysts believe they are the manifestations of our deepest desires and fears. They are the direct expression of imagination and utilize the most efficient language of symbolism and mythological archetypes.

Vexillum explores the relationship between eastern versus western aesthetic values. Multicoloured, puzzling paintings are composed of positive and negative spaces derived from various exotic styles throughout art history, including advertising, anime, and Memphis Design. These components are remixed and recomposed to represent mixed ethnicity, sexual identity and boundaries.

Similar to international flags, these paintings are also used for advertising, decorative, or symbolic purposes. Flags are patriotic symbols with widely varied interpretations, often associated with military connotations because of their ongoing original premise. They have evolved into a concise communication tool for identification in environments where language barriers are particularly challenging.

The word vexillum is derivative of the Latin word, ​velum​, meaning “a sail, curtain, or veil,” ​vexilla literally translating to “little sails.” 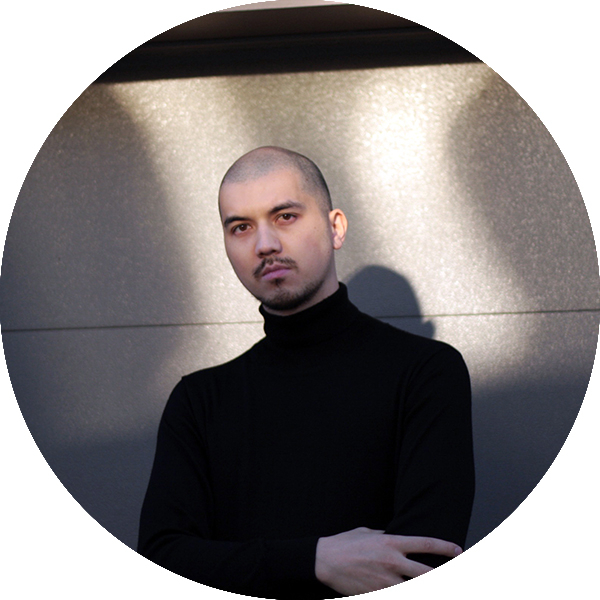 Kyle Yip is a Canadian hypersurrealist artist recognized for his exact reproductions of visual art, music and film conceived from his dreams. Since a 2006 Arts York Visual Arts Graduate Exhibition at Group of Seven artist Frederick Varley’s residence in York Region, Yip’s work has been widely exhibited internationally in solo and group exhibitions.

As a young artist, Yip was included in many exhibitions including ​Nuit Blanche​ at The Red Head Gallery in 2015, ​Geoform​ at JanKossen Contemporary Art Gallery, New York City in 2017, ​Lab Art Show​ at the Chinese Cultural Centre, Vancouver in 2017, ​Nuit Rose at Artscape Youngplace in 2018, ​Vexillum​ at Black Cat Showroom in 2019, and ​Daegu Art Fair ​at EXCO, South Korea in 2019.

Yip received the JUNO Award Nomination for best Electronic Album of the Year from The Canadian Academy of Recording Arts and Sciences for his debut album The Midas Touch in 2016. In July 2018, Spotlight Contemporary Art Magazine published Kyle Yip’s first ever two-page spread in its print edition. In 2019 he received publications in IGGY Magazine, Exclaim!, and Toronto Art Newspaper. He accepted a Finalist Award for Artist of the Year​ and an Honorable Mention Award from the Circle Foundation for the Arts, and Slate Asset Management’s Rotating Public Art Grant​. He also received an award nomination for Keepin’ It Weird from the Austin Music Video Festival​ and ​Best Cinematography from the ​Kinsale Shark Awards International Festival of Creativity alongside artists such as Prince and The Chemical Brothers in 2019. In 2020, he was given an ​Honourable Mention Award from the Ontario Society of Artists and official selection at NewFilmmakers Los Angeles, Toronto Lift-Off Film Festival, and Blowup Chicago International Arthouse Film Festival​.