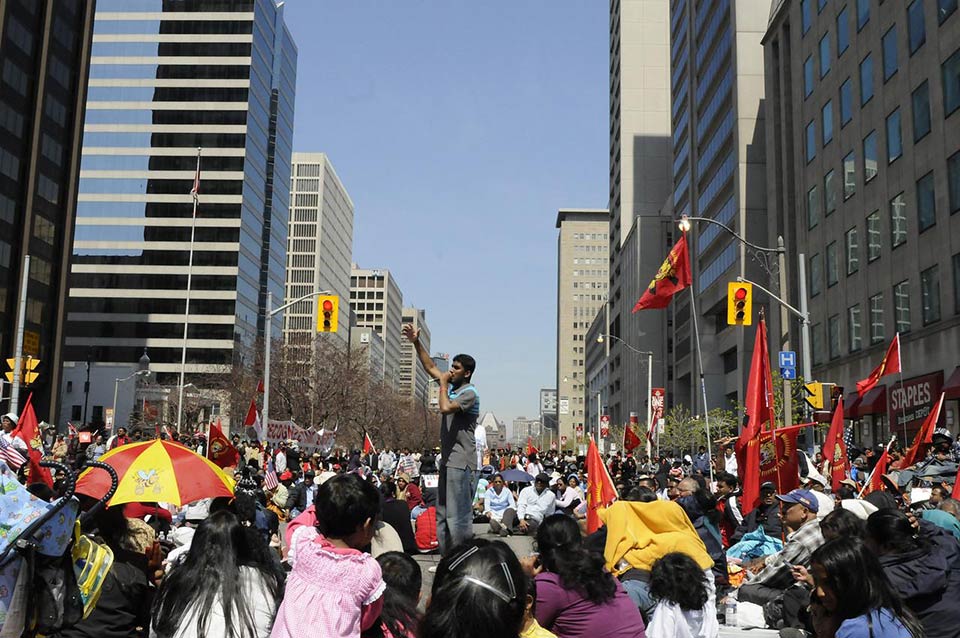 On April 29th, 2009 the four-day long sit-ins which began on April 26th on University Avenue outside of the U.S. Consulate ended. Protestors continued to chant and demand international intervention before concluding by early evening. Protests remained peaceful throughout the sit-ins, however police made a few arrests on April 29th.

Not only did the Tamil diaspora call upon the Canadian government to intervene, they also called on the U.S. government to put pressure on Sri Lanka and call for a ceasefire.