What were the daily activities of a Black Railway Porter? 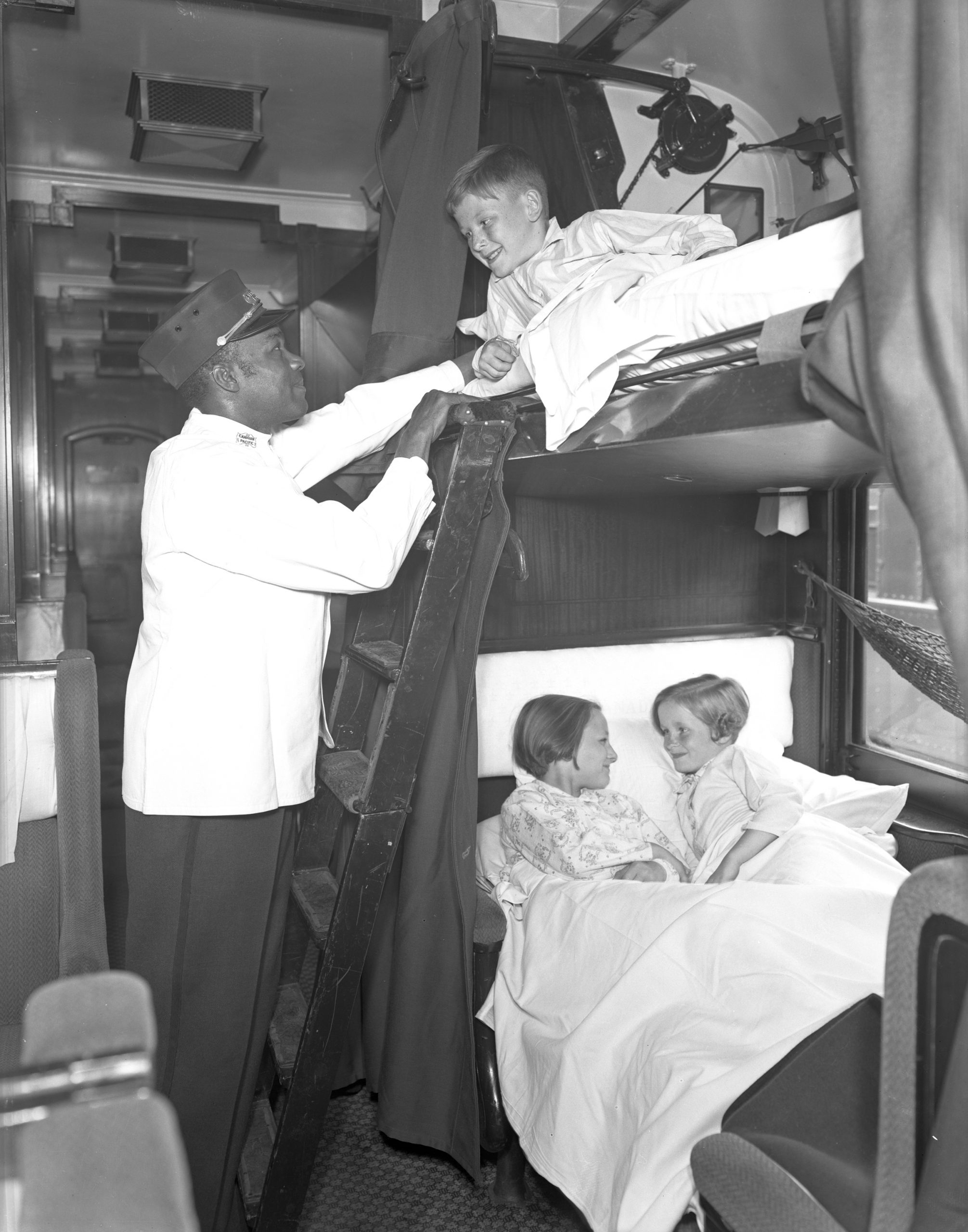 Porter work was drudgery: often gone from home for several days, working long hours with hardly any sleep, always at the ready to serve the passengers. Initially, they were paid mainly in tips, gratuities from the passengers. Usually the porters reported for work up to four hours before the train’s scheduled departure. They inspected the carriage assigned to them to make sure it was clean and safe — dusted, swept, mopped, fluffed pillows, cleaned washrooms and spittoons. All the while they had to keep a keen eye out for stray “gems”—the code names for common pests like bed bugs, roaches, mice and rats—that undermined claims of good housekeeping. The conditions of the carriage had to be spotless. Porters turned down beds for sleep and turned them up in the morning, making sure there was the requisite amount of linen on board. They polished shoes overnight and provided wake up calls in the morning.

Porters placed their name tag in a prominent place in the car, and stood outside the door of the car to receive the passengers and their luggage just before departure. Once the train started rolling they answered any calls from the passengers, served them meals and beverages, made sure of their comfort and that their bunk beds were ready for sleeping, and that the passengers did not miss their destination. Should passengers repeatedly miss their station the porters could be fired. When passengers were leaving, the porters met them at the door, brushed their coats, returned their hat boxes, and assisted them with their luggage. At the final destination, the porters could spend several more hours conducting a final inspection of the carriage to make sure it was safe and clean. This way they were making sure the car was in the best “housekeeping” condition and ready for the next porter on the next trip.

Passenger train porters were noted for their style of dress, their humble (and even demeaning) disposition to passengers, and for their swag back home. Porter uniforms included overcoats, blazers, white shirts, ties, caps and polished shoes. The uniforms were expected to be spick and span — shoes polished, caps straightened and ties properly knotted.

Back to the Diplomats of The Railway
Conditions/ Segregation